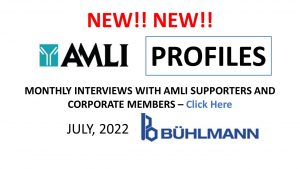 Dr. Erwin Neter was an internationally known clinical microbiologist, immunologist and pediatrician. He received his M.D. degree from the University of Heidelberg in 1934 and did his internship in the Department of Medicine at the University of Cologne. He came to the United States in 1934 to serve his residency under Dr. Ernest Witebsky and he became director of Bacteriology at the Children’s Hospital in Buffalo, New York. He maintained this position until his official retirement in 1979. He was also Professor of Microbiology and Pediatrics at the State University of New York in Buffalo. Dr. Neter was an enthusiastic and productive scientist and he had very broad interests in medicine. He was also a dedicated teacher and mentor of numerous famous scientists in the fields of microbiology, immunology and serology. He was known for his thoroughness and attention to detail in all of his work and teaching.

Dr. Neter was an outstanding leader and was instrumental in defining and recognizing the discipline of medical laboratory immunology. He provided the early structure for the ABMLI and organized and developed the examination process.

The Erwin Neter Award winning lecturer is given a $1,000 honorarium, travel expenses up to $1000, and the conference registration fee will be waived.

The Erwin Neter Award is sponsored by Inova Diagnostics.

Choose this link for Nomination Form:

© 2022 The Association of Medical Laboratory Immunologists.

We use cookies on our website to give you the most relevant experience by remembering your preferences and repeat visits. By clicking “Accept”, you consent to the use of ALL the cookies.
Cookie settingsACCEPT
Manage consent

This website uses cookies to improve your experience while you navigate through the website. Out of these, the cookies that are categorized as necessary are stored on your browser as they are essential for the working of basic functionalities of the website. We also use third-party cookies that help us analyze and understand how you use this website. These cookies will be stored in your browser only with your consent. You also have the option to opt-out of these cookies. But opting out of some of these cookies may affect your browsing experience.
Necessary Always Enabled
Necessary cookies are absolutely essential for the website to function properly. These cookies ensure basic functionalities and security features of the website, anonymously.
Functional
Functional cookies help to perform certain functionalities like sharing the content of the website on social media platforms, collect feedbacks, and other third-party features.
Performance
Performance cookies are used to understand and analyze the key performance indexes of the website which helps in delivering a better user experience for the visitors.
Analytics
Analytical cookies are used to understand how visitors interact with the website. These cookies help provide information on metrics the number of visitors, bounce rate, traffic source, etc.
Advertisement
Advertisement cookies are used to provide visitors with relevant ads and marketing campaigns. These cookies track visitors across websites and collect information to provide customized ads.
Others
Other uncategorized cookies are those that are being analyzed and have not been classified into a category as yet.
SAVE & ACCEPT